The intelligence of swarms

They are fascinating and formidable: Swarms. They possess a form of intelligence that’s radically different from ours. Apart from biologists and brain researchers, artificial intelligence specialists and robotics engineers want to understand swarms and their self-organizing, collective intelligence. Even sociologists and neuroscientists are interested in these so-called super-organisms. “Collective Minds” reveals the aesthetic fascination of swarms. The film shows the huge variety of swarms in the animal kingdom, with schools of fish, flocks of birds and swarms of insects. Scientists on the cutting edge of swarm research explain how the behaviour of ants and fish inspires artificial intelligence research and robotics. A journey into the mysterious and complex world of swarms – and at the same time to the origins of our own intelligence.

In partnership with EUROVISION SCIENCE and the EUROPEAN COMMISSION, DG Research 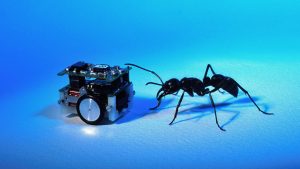 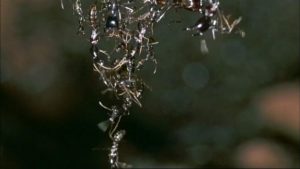 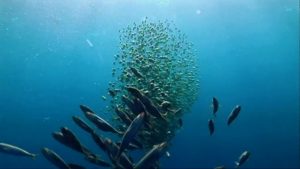