A film by
Gabriele Rose

In 1837 they raise their voices against the King of Hanover when he abolishes the constitution. They also collect their fairy tales for political reasons: Jakob and Wilhelm Grimm want to preserve the past in order to change their present. They see the basis for a united fatherland in the German language and its traditions. The docudrama tells the unknown side of the famous fairy tale collectors.

Jacob and Wilhelm Grimm live as professors in the university town of Göttingen in the Kingdom of Hanover in June 1837. A time marked by the rebellion of the citizens. Only a few years earlier, following unrest, the reigning King Wilhelm had issued a constitution granting the citizens more rights. But King Wilhelm dies and his brother Ernst August becomes the new King of Hanover. A change of ruler with far-reaching consequences: for Ernst August is a conservative and not very close to the people. Shortly after his coronation he abolishes the liberal constitution. Seven professors from Göttingen defend themselves against this arbitrary act of the king – among them the Brothers Grimm. The events surrounding the constitution of the Kingdom of Hanover in 1837 make the Grimms political stars in Germany.

Using play scenes and interviews with the two brothers based on original texts, the docudrama provides an intensive insight into the lives of the two great collectors of fairy tales and shows how close their relationship was. Jakob and Wilhelm Grimm are portrayed by Jörg Pintsch and Steven Merting. 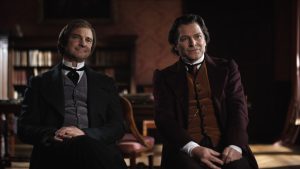 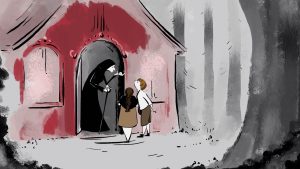 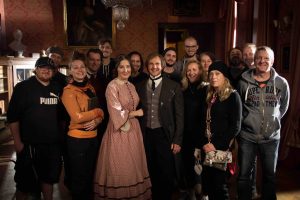