A film by Stephanie N. Linke

For 24 years, Renate H. has lived a happy middle-class life with her husband Teddy. Or so she thought. But on 11 December 2010, a special police task force arrests Teddy. He is accused to be a serial killer with bisexual tendencies who murdered at least three homosexual men. With his arrest, the seemingly flawless facade of Renate’s life breaks down.

She suffers from a sense of chaos: Has she really been married to a serial killer for 24 years? Did she ever really know her husband? Should she now completely distance herself from him? Why hasn’t she noticed the signs of her husband’s dark double life? Is she morally responsible?

Renate H. is appalled by the actions of her husband, but also by her own ignorance. At the same time she longs for the man who called her “my angel” and pities the weeping man in the prison cell. She must move out of their comfortable house because Teddy emptied the bank account. The neighbours turn away from her, even her own children stop talking to her. At first, Renate doesn’t dare to show her face in public. Now she deals more openly with her situation. Nevertheless, she is afraid of the future. “I haven’t done anything wrong, and still I am punished.”

Stephanie N. Linke accompanies Renate during the trial of her husband and while she tries to comprehend the incomprehensible. 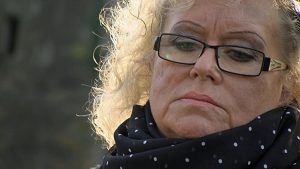 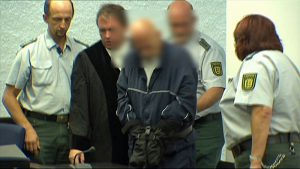 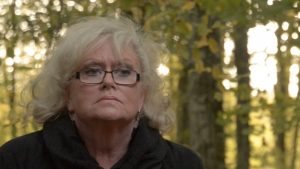