A film by Lynette Singer
German version by a&o buero

Most people are aware of the terracotta army of the First Emperor, Qin. Whilst digging for water in 1974, peasant farmers near Xian stumbled across what was to become the most famous discovery in Chinese history.

When Qin died in 206 BC the Imperial Han dynasty was born. The Han were only too aware of the existence of Qin’s clay army. It had taken over 25 years to complete and required thousands of workmen and vast amounts of materials to construct. The 5th Emperor, Jing Di, decided that he too must have a subterranean army to protect him in the afterlife.

Lost for over two thousand years, Jing Di’s hidden army was discovered in the late 1990s by a construction crew building a road. The authorities were alerted and excavations began.

Our programme takes us to the breath-taking excavation site where the sheer scale and beauty of the figures is revealed. Graphic realisation shows us how this vast scheme was created, while dramatic reconstruction takes us back 2000 years to a time when one man held together a sprawling empire – and planned in exquisite detail the path of his own afterlife. 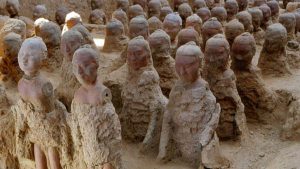 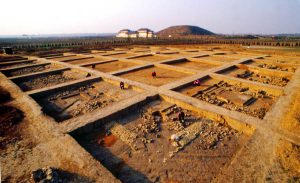 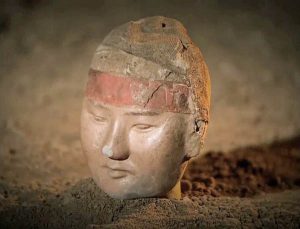