The Queen and her Prime Ministers

A film by Tristan Chytroschek and Katharina Wolff

On June 5th 2012, Queen Elizabeth II will celebrate an exceptional jubilee: 60 years of reign. No other head of state has been in power for so long, no other ruler has had such a lasting impact on our epoch. Filmmakers Katharina Wolff and Tristan Chytroschek take this as an opportunity to analyse the fascinating relationship between the Queen and her Prime Ministers.

As head of state of the United Kingdom, Elizabeth II symbolises a power structure nearly a thousand years old. Despite the fact that she has no direct political influence, a nervously sweating Prime Minister must report to Buckingham Palace every Wednesday for an audience with the Queen about the planned political events of the week. Is this a meaningless ritual or the manifestation of a close relationship between representative and political power? In this documentary, Buckingham Palace insiders and political pundits reveal what is discussed during these secret audiences, and how much personal likes and dislikes determine the relationship between representative and real political power.

This is the first major documentary investigating the fine balance of power between Queen Elizabeth II and her Prime Ministers. An exciting tale of power and representation – and a nosy glance into the inner sanctum of Buckingham Palace… 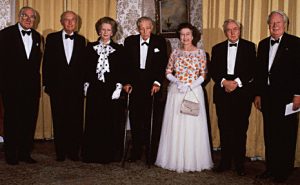 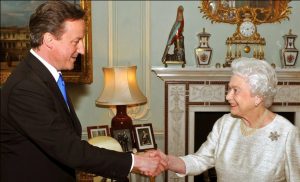 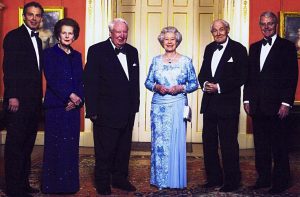