The Sound Of The Bay

San Francisco – Hippie capital, center of Flower Power, celebrated in songs like „San Francisco“ by Scott McKenzie or „San Franciscan Nights“ by Eric Burdon. Hits that emerged in 1967, the year that went down as the „Summer of Love“ in the history of popular music. Nearly forty years later, the city still attracts millions of visitors from around the world. But things have changed a lot at the Golden Gate since the sixties – not only musically. Back then, the music scene was dominated by bands which since have become legends: The Grateful Dead, Jefferson Airplane, Creedence Clearwater Revival, Janis Joplin, Big Brother & The Holding Company, Country Joe and the Fish, and Carlos Santana. But everlasting peace and harmony can be too much of a good thing – and by the late 1970s the Dead Kennedys shook the Sunshine State out of its eternal dream of love and happiness. Until today, the Bay Area shapes new social and technical developments – not least because of the cutting- edge research at the universities of Berkeley and Stanford and the communication companies in Silicon Valley. A buzzing creative center that sets the pace for the rest of the world – something that can also be heard in the city’s music. 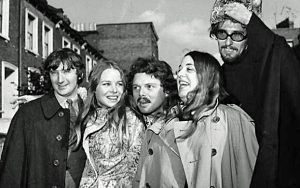 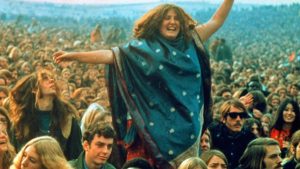